A downloadable game for Windows

Embark on a mysterious adventure as you accompany ex-military officer Hans Novikov on his mission to locate the lighthouse keeper on a remote island in Northern Ireland.

But Hans's luck will be disturbed when the ship he was traveling on is shipwrecked and he turns up on the target island totally disoriented. In his quest for survival, Hans will venture deep into the island, revealing the dark secrets that lie there, along with the secrets of a lighthouse keeper who should have left the island a long, long time ago.

Awarded with the technical excellence award - 🏆💻

Awarded the prize for best art - 🏆🎨

There is an option to see the controls in game. It will change automatically to keyboard or controller depending on your last input. Inside the game there is a controls tab, don't forget to check it out

In case you get stuck, this is a full playthrough

What's with the motion blur whenever you move? It was really disorienting and there wasn't a way to turn it off. This seemed like a game I would like, but that was too distracting and made my eyes sore.

Hi 418Studio,
We're preparing a Pitch & Match event in our Discord to discover interesting projects like yours, meet other gamedevs and make networking.

It's a perfect space to present your project and find new teamates for your idea.

Discord Event for assist as spectator:
https://discord.gg/GmhSAByFrd?event=936722842240843836
Form to pitch your game:
https://share.hsforms.com/1BFVaxQ0mTx6cbIs_qvaMig4bcg2

We'd like to meet you and give your feedback with some of our mentors.

I enjoyed it a lot. It got me totally captured for half and hour until I finished it. Congratulations!

I really enjoyed playing this game on stream! (Along with a couple of other lighthouse horror games, hence the different thumbnail.) Some fun and unique ideas. Thank you for making it, and for making it freeware! I can see this being expanded into something longer.

Amazing visuals!! Really like the game! When i play the game the visuals looks like a game of Unreal Engine. I'm glad to see that you made this with Unity, cause i'm learning Unity. Thanks for the full gameplay, was very helpful at the beginnig.

This is a decent puzzle game with a bit of action thrown in. I liked it and it would be interesting to consider how a game like this might be built/expanded upon.

Part 1 of my play-through:

will there be a number 2?

we are making a version in the HDR pipeline of unity, and studying whether to make a new game mode. Thanks for the interest!

Thanks for the speedrun! I guess we will have to request a new game on speedrun.com

Interesting game, I like the twist and honestly the ammo system was pretty cool once you realize what's going on.

Thanks for the gameplay, we enjoyed watching it!

Hiii, I've made a walkthrough of the game and wanted to share some feedback about it, hopefully it is useful to you ^^

-The idea of the game is pretty good and well executed.

-The gameplay mechanics are interesting, especially the ones related to the puzzles, but the combat ones need a little bit of polish and the first puzzle should be totally guided by a tutorial to make the player understand better how the game works at a general level.

-Visually the game looks quite great, the only thing that could be improved are the animations of the enemies.

-Quite good level design and objectives distribution around the map.

Hopefully this is useful to you :D, also if you could subscribe that would help me a lot :)

Thanks for the feedback! It's actually quite useful. We are now porting the game to the latest render pipeline and we will redo the weapons animations, improve the graphics, the enemy animations and some surprises yet to be revealed. Please stay tuned and thank you for playing <3

Beautiful graphics, nice story and a gun :D Finally I can shoot back and not run and hide like a little girl! The atmosphere was amazing and dark. Great work!!

Thanks! We are happy that you liked the atmosphere and the graphics <3

Thank you so much for playing our game :D

how get to you tube channel

Insane Game!
What a surprise. I did not expect the game to be that good.
Applause to the developer team!

Thank you so much! We are glad you like the game

Reply
BetaHunter1 year ago(+1)
Great game, the art style and mix of runic and mythology is great!

The graphics were great, but the movement was a bit jittery at times. The audio was great in terms of quality, but would often confuse me as the sounds came from different directions, rather than from the beats themselves.

The story was short but effective and the small bits of lore were well written!

The gameplay was overall fun, but the hinting was a bit too aggressive, I would have liked the option to replay the hints by pressing a button, rather than it constantly playing when exploring. I think unlocking a secret by putting in all those symbols from the "Immortal" message in runic should be implemented by adding the remaining letters at random locations across the map!

But definitely a good game, 5/5 from me!

Thank you so much for the gameplay and the feedback, it's very much appreciated!!

Can't launch the game because it says UnityPlayer.dll is missing. Any tips on how to fix this?

We think it's a download error, try downloading again. We strongly recommend using the itchio launcher so you will have always the updated version. If you are downloading just the .zip remember to extract everything to a new folder, not just the exe.

We are very happy that you liked it, thank you very much!

Is the code on the back of the paper used for something?

It depends on the paper :) some of them show the way to solve a puzzle, some just provide some information on what's happening on the island. If you are stuck we recommend watching the full gameplay at the end of the post. Thanks for playing <3

Oh no, I did not get stuck, in fact I think the hinting is a little too aggressive. I was just talking about the "Immortal" message at the back of the paper. I think adding a secret by putting in all those symbols should be implemented by adding the remaining letters at random locations across the map! But great game, I will upload some footage soon!

Thank you very much, we keep improving the game

Thank you very much for your support, greetings!

Yes uhm when I do thing I hear voice fo men. Who is voice? Thanks.

The actor appears in the credits, greetings!

It's so good, it truly knows how to KEEP THE LIGHT in it hehe 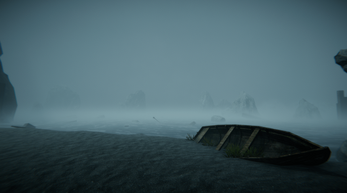 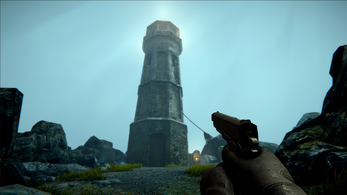 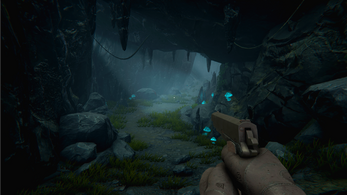 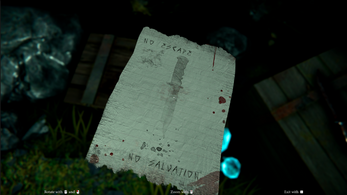 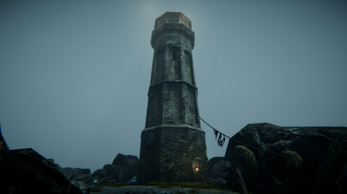 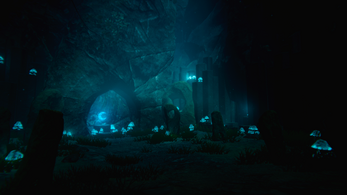 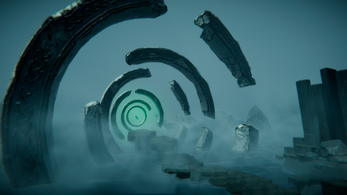